Philippians 2:19-24 | "19 I hope in the Lord Jesus to send Timothy to you soon, so that I too may be cheered by news of you. 20 For I have no one like him, who will be genuinely concerned for your welfare. 21 For they all seek their own interests, not those of Jesus Christ. 22 But you know Timothy's proven worth, how as a son with a father he has served with me in the gospel. 23 I hope therefore to send him just as soon as I see how it will go with me, 24 and I trust in the Lord that shortly I myself will come also."

Today we are considering Philippians chapter 2, verses 19 through 24, The Qualities of a Servant of Christ. Hear the word of God, Philippians 2:19, “I hope in the Lord Jesus to send Timothy to you soon, so that I too may be cheered by the news of you. For I have no one like him, who will be genuinely concerned for your welfare. For they all seek their own interests, not those of Jesus Christ. But you know Timothy's proven worth, how as a son with a father he has served with me in the gospel. I hope therefore to send him just as soon as I see how it will go with me, and I trust in the Lord that shortly I myself will come also.”

This is a wonderful passage for us. It will help us determine if the grace of God is working in us as servants of Christ to transform us even as the grace of God was at work in Timothy, transforming him. Now, we know we are saved by God's grace, but in this portion of scripture there are some tremendous qualities that Paul lists about Timothy that we would do well to emulate by the grace of God. It's a good test case. If we fall short, it's okay. God strengthens us, He lifts us up, and he moves us forward. So let's look in detail at some of these qualities that Timothy had and that are ours in Christ Jesus, and by the grace of God working in us we, too, can work out into the details of our lives.

The first is that we must be Gospel focused and centered. Verse 22, “But you know Timothy's proven worth, how as a son with a father he has served with me in the gospel.” This is the foundational quality of all servants of Christ regardless of which area of service we’re called to. Timothy was a companion of Paul, a disciple of Paul and he was Gospel focused, Gospel centered -- Jesus Christ and Him crucified, buried, risen, ascended, coming again, Jesus dying for the forgiveness of the sins of all who believe in Him -- and Timothy had this focus. He had this Gospel driven intensity like the Apostle Paul and that's first and foremost for us as well. We have to be Jesus people; people who love the cross and love the death of Jesus Christ and Him crucified, and that in Him crucified all who believe in Him will find the forgiveness of sins and reconciliation with God.

Now third, we have a growing relationship with others we serve Christ with. Verse 22 Paul says of Timothy, “But you know Timothy's proven worth, how as a son with his father he has served with me in the gospel.” At this point in time, Timothy had been a traveling companion with Paul for well over a decade. Paul says, Timothy served me as a son serves his father. This was a relationship that was growing. It was a continual relationship. They developed trust. Timothy was put to the test and even though he had real life struggles, he passed those tests. He was reliable. He was faithful. He was trustworthy and he had this growing relationship with Paul. Now, we have to have a growing relationship with people with whom Christ has called us and enabled us to work and to serve with. It's not just the job we’re interested in or the particular service, it's the people with whom we’re serving. So as we work together for a common cause in Christ, with others, let's work hard at developing the relationships that we have with them. Let's strengthen those. Encouraging one another. Praying for one another and working together for the cause of Christ in the church and in the world.

Fourthly, mature believers will want us to be engaged in ministry with them if God is transforming us by His grace. Listen what Paul says of Timothy -- he says this twice -- verse 19, “I hope in the Lord Jesus to send him to you soon.” Verse 23, Paul says, “I hope therefore to send him” -- that is Timothy. Now what is Paul saying? Two times he’s saying that Timothy is the man. Timothy is the man for this job. Now, we're talking the mighty Apostle Paul. This one who was the greatest servant, except for the Lord Jesus Christ, in the history of the church. And he's saying that Timothy's the man; he will serve you as my substitute. I have no one else like him. As Timothy grew, Paul was recommending to others the ministry of Timothy. And Paul wanted Timothy to be engaged with him. That's a great way for us to determine if we're being transformed by the grace of God as servants of Christ. Do people who are as mature or more mature than we are in the Christian faith want us to serve with them? Do they want to employ us in ministry or use us for ministerial purposes to serve Christ here or over there? Very, very critical, very, very important. These are signs that the grace of God is transforming us.

And finally, we do not praise ourselves, but we let others praise us. Paul says here ‘I have no one else like Timothy.’ Timothy never says, ‘there's no one else like me in all the world.’ He leaves that to Paul. Timothy's not going to praise himself. Why? Because Timothy is being transformed. Timothy makes known his weaknesses. He's concerned and he’s fearful when Paul’s in prison, in Paul’s second letter to Timothy. He’s shy and he's retiring when he needs to thrust himself to the forefront a little more. Timothy doesn't praise himself. Paul says, “I have no one else like him.” Listen to Proverbs 27 in verse 2, “Let another praise you and not your own mouth.” That's what's happening here. Paul is praising Timothy because of all of these great and rich qualities in Timothy that are the consequence of Christ and His Spirit working within him. And for us, may God grant us the grace to pay careful attention to the qualities that were at work in Timothy, and by the grace of God and the spirit of God, may God transform our lives so that we, and increasingly, live out these qualities even as Timothy did himself. Let's pray.

Father, we thank you for your word. We thank you for these qualities that we saw in Timothy and that they are all signs of your grace in Timothy, your servant, who himself was transformed. Help us, Lord, as servants of Christ, to exhibit the signs of transformation, a number of the signs that we have seen here today. In Christ’s name, amen. 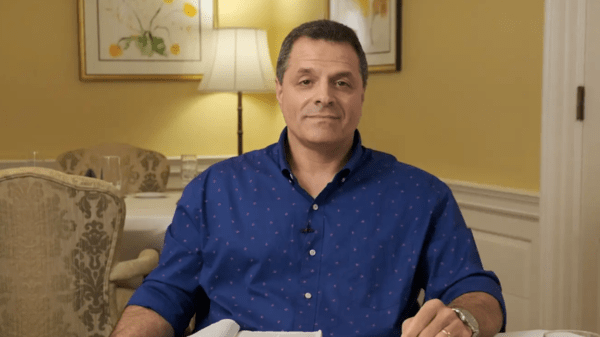