Hebrews 9:1-15 | "1 Now even the first covenant had regulations for worship and an earthly place of holiness. 2 For a tent was prepared, the first section, in which were the lampstand and the table and the bread of the Presence. It is called the Holy Place. 3 Behind the second curtain was a second section called the Most Holy Place, 4 having the golden altar of incense and the ark of the covenant covered on all sides with gold, in which was a golden urn holding the manna, and Aaron's staff that budded, and the tablets of the covenant. 5 Above it were the cherubim of glory overshadowing the mercy seat. Of these things we cannot now speak in detail. 6 These preparations having thus been made, the priests go regularly into the first section, performing their ritual duties, 7 but into the second only the high priest goes, and he but once a year, and not without taking blood, which he offers for himself and for the unintentional sins of the people. 8 By this the Holy Spirit indicates that the way into the holy places is not yet opened as long as the first section is still standing 9 (which is symbolic for the present age). According to this arrangement, gifts and sacrifices are offered that cannot perfect the conscience of the worshiper, 10 but deal only with food and drink and various washings, regulations for the body imposed until the time of reformation. 11 But when Christ appeared as a high priest of the good things that have come, then through the greater and more perfect tent (not made with hands, that is, not of this creation) 12 he entered once for all into the holy places, not by means of the blood of goats and calves but by means of his own blood, thus securing an eternal redemption. 13 For if the blood of goats and bulls, and the sprinkling of defiled persons with the ashes of a heifer, sanctify for the purification of the flesh, 14 how much more will the blood of Christ, who through the eternal Spirit offered himself without blemish to God, purify our conscience from dead works to serve the living God. 15 Therefore he is the mediator of a new covenant, so that those who are called may receive the promised eternal inheritance, since a death has occurred that redeems them from the transgressions committed under the first covenant."

DREW: And we’re going to look at another aspect of the priesthood of Christ and that is this: As our high priest, the Lord Jesus sympathizes with us when we are tempted, which also means tested, and He is also able to help us when we are in the midst of temptation. I have two verses here, Hebrews, chapter 4, verse 15 and Hebrews, chapter 2 in verse 18. Let’s look at Hebrews 4:15 where it says, “For we do not have a high priest who is unable to sympathize with our weaknesses, but one who in every respect has been tempted as we are, yet without sin.” Jesus is able to sympathize. He’s our sympathetic high priest, because He’s been tempted in every way as we are, yet without sin. Now, you need to think about that. Tempted in every way as we are yet without sin. He understands what it’s like to be tempted. Matter of fact, His temptations were more -- we never really know how difficult temptation is until we try to resist. Then you’re in a battle. You can just ask people who are addicted to heroin and who maybe become believers and try to get off any addiction or any kind of sin. You know, the sin of pornography that people get into. It’s very, very difficult, but Jesus sympathizes with people in that situation. “Yet without sin.” Okay. So he sympathizes there.

In Hebrews, chapter 2, verse 18, Jesus as the faithful high priest, “For because he himself has suffered when tempted, he is able to help those who are being tempted.” Now, here is what we have in Jesus. We have a sympathetic high priest and one who is able to help. He both sympathizes by coming along side of us -- we get that kind of sympathy -- and He’s also strong enough and powerful enough to help. Let me give you an illustration here. I can remember a friend of mine years ago -- it was when I was in high school -- in gym class he broke his arm. We were playing basketball, fell, and he broke his arm and long story short, his mother had to come and get him and she was very sympathetic. And he told me later, once he got the cast on his arm, that the doctor was, you know, business only. He said, you know, the doctor just -- he wanted to take care of the arm and he wasn’t very sympathetic. His mother was sympathetic and the doctor was very helpful; he knew what he was doing. His mother was sympathetic but couldn’t help him. The doctor helped him but wasn’t sympathetic. Jesus is both. He’s both sympathetic and He’s strong enough and powerful enough to help us. So He’s our sympathetic high priest who can help us. He’s not just sympathetic and powerless to help and He doesn’t just help us without being sympathetic. He’s both that, our sympathetic and helpful high priest, so in that sense, Jesus is like both -- with that illustration He’s like both the doctor and the mother, if we look at it like that.

Now, a couple of questions, but, Don, you have something to say.

DON: Well, I was thinking about last week when we were talking about Christ on the cross and crying out, ‘My God, my God, why have you forsaken me?’ And thinking about the testing. Even at that point, Jesus as the Son could have put an end to it right there. He could have stopped that crucifixion, but He continued to endure the testing that needed to take place to show us I think that no matter where we are in our lives, no matter how difficult the situation, that Christ, as you said, is both sympathetic and helpful.

DREW: Good. It’s important to keep those two together.

DREW: Very important. And we can learn a lot about how we can minister to other people. We can’t help them always, but it’s important to keep those two together. If we’re going to be sympathetic, let’s do what we can to help. If we’re going to help, let’s include that sympathetic understanding as people who ourselves are in the flesh and we know what it’s like to go through hard times.

PENNY: Just one quick thing. I think we say this a lot in our house, especially after a lot of things we’ve walked through, but we say, ‘provide helpful help.’ Helpful help. Be helpful help and if it’s not helpful, don’t say it, don’t do it. And that’s just kind of a category I think a lot of us have grown to live in.

DREW: And I think, too -- well, yeah, that’s a great point and we’ve talked about, you know, weeping with those who weep. We talked about a little bit about it, maybe in passing, Job’s three friends or counselors who did well for the time they were with him just spending time with him. They got into trouble when they opened up their mouths. And that’s very, very important to be beside someone long enough to know what they need at a given point in time and not to assume entering into a situation we know all the problems and we know how to remedy those and then we end up speaking prematurely and saying things that are more hurtful than helpful. 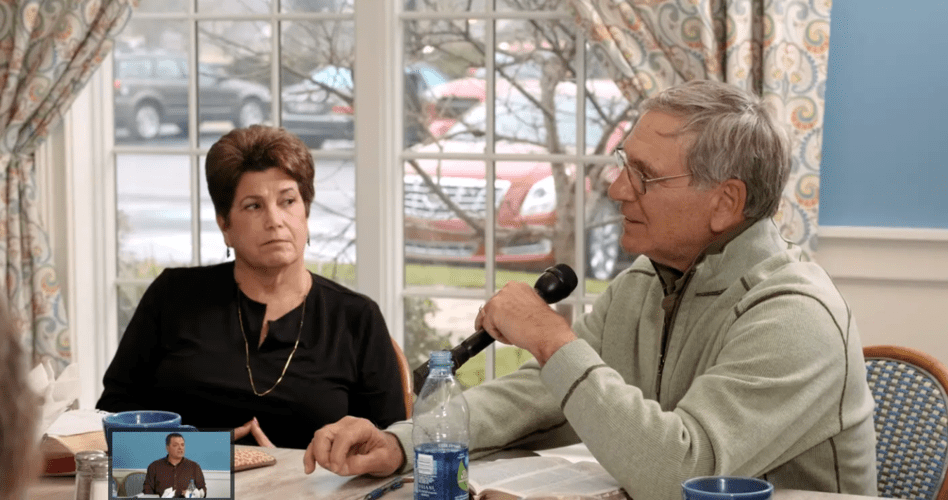